Peeps are like inverse zombies. They want you to eat them, not the other way around. This makes them especially insidious. Julie Clopper / Shutterstock.com

Marshmallow Peeps are the fruitcakes of Easter. They’re a time-honored  obligation, the novelty wears off after exactly six seconds and they refuse to die. Or do they? What would happen if you shot a bunch of Peeps? Would the science that brings these gooey creatures to life also stop a bullet?

Kirsten Joy Weiss, a terrifically talented shooter with a great YouTube channel, decided to find out. The following videos chronicle her heroic attempts to destroy the zombies of food, marshmallow Peeps.

How Many Peeps Does It Take to Stop a Bullet?

Weiss answers that question with a .22 rifle and a dead eye.

Of course, that begs the question…

What Would Happen if You Shot a Peep at Point-Blank Range?

And if you’re thinking what I’m thinking, you’ll want to know…

Can Peeps Be Used as Body Armor or a Bulletproof Vest?

Note that “bulletproof” is a misnomer explained here, and the subject of alternative body armor is discussed here, but we’re just having fun today.

How Does This Relate to Writing About Weapons in Fiction?

It probably doesn’t, unless your characters are attacked by Peeps. If they need a gun to fight them off, they’re probably beyond help. And diabetic. Don’t forget the insulin! 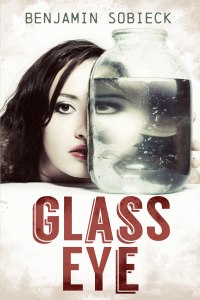 Did you know that in addition to The Writer’s Guide to Weapons, I’ve got a whole pile of fiction? Check out the titles here. If you’re new to my work, I recommend Glass Eye: Confessions of a Fake Psychic Detective, The Invisible Hand, Chase Baker & the Vikings’ Secret or When the Black-Eyed Children Knock.

5 thoughts on “Just for Fun: How Many Peeps Does it Take to Stop a Bullet?”