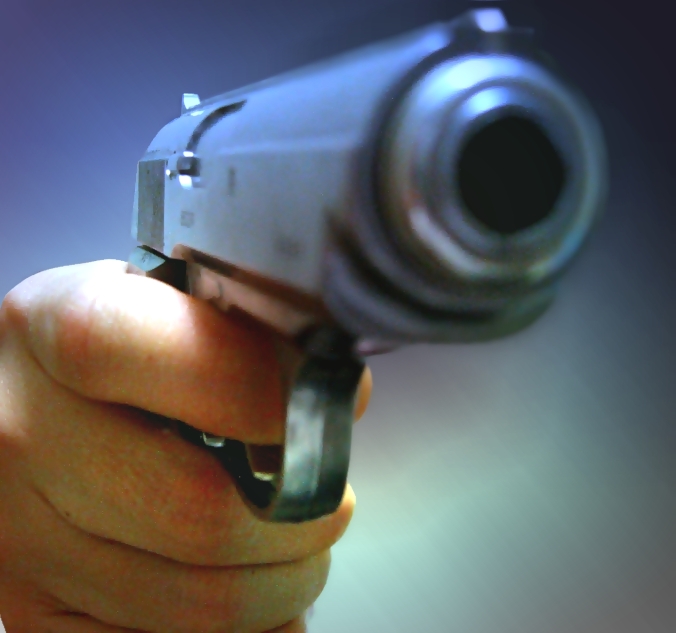 BANG. A character is struck by gunfire. The shot itself only takes a few words, but the effects can last for the rest of the story. Here’s what to consider.

Back again with another great guest post is Joshua Hood. You may remember him from this terrific piece about the M16, or maybe this one about misconceptions about the military in fiction. You might’ve picked up one of his thrillers, too.

This time, Hood draws on his real-world experience in the military and in law enforcement to detail one of the most common questions writers have when it comes to weapons: What happens after a character is shot? His responses to my questions are below.

The title of this Q&A is “Your Character has been Shot: Now What?” So let’s start by asking that question first. What should a writer be thinking about as a storyteller after a character becomes injured by gunfire? Or, put another way, what should the character be doing or thinking after being shot? 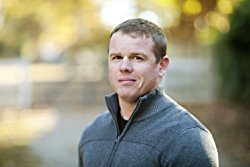 Joshua Hood is the author of Clear by Fire and Warning Order (Simon & Schuster). He is a veteran of the 82nd Airborne Division, and is now a member of a SWAT team in Memphis, Tennessee. (Photo via the author’s website)

Obviously the character is going to be in pain, or in the early stage of shock. The adrenaline will be pumping, and what happens next depends on his or her training.

A well-trained character will get out of the line of fire and go right into triage mode, aka “Owww that stung. How bad is it?” Questions such as, “Am I still under fire?” and “Can I get to cover or do I need to address this wound NOW?” would quickly follow. 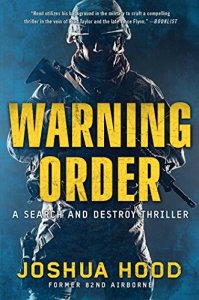 Warning Order is the latest book by Joshua Hood. It’s available everywhere from Simon & Schuster. Click the cover to order from Amazon.

For a non-arterial bleed common items like tampons, gauze, clothing or rags can be used to pack or bandage the wound. If the bleeding doesn’t stop, he/she needs to add pressure. Something like duct tape or a handkerchief can be tied tightly over area to stop the bleed.

Arterial bleeds are a different animal altogether, and they are pretty easy to diagnose because the color of the blood will be bright red and oftentimes spurting. The immediate action is to place a tourniquet above the wound and tighten it until the blood flow is cut off. You read and see guys using belts and things like that. They are a NO GO because you can’t pull it tight enough to occlude the blood flow. That is why tourniquets have windlasses. A very cool piece of kit which I got to use in a real world situation is the iT Clamp from Innovative Trauma.

Treating someone who is bleeding presents its own risks, such as passing an infection from one person to another. What safety considerations should writers keep in mind for characters treating another character injured by gunfire?

Bloodborne pathogens, such as AIDS, hepatitis, etc., are a very real and deadly threat. When possible, have your character wear gloves.

But there are times when your character might not have a pair of latex gloves on him. If this is the case, such as in a book where your hero is a cop and has to save someone’s life without proper protection, there are steps the department has to cover your heroic policemen. Usually the incident is considered an OJI (on the job injury), and following the incident he or she will be sent to the local ER for a blood draw to make sure they didn’t contract something nasty.

An area that I think many writers gloss over or omit completely is shock. In your words, what is shock and how does it relate to gunshot injuries?

The best way to think about shock is to imagine your brain as a computer. When you get hit and go into shock it is like someone hitting control+alt+del.

Your character has just been reset, and typically the brain comes back online slowly with the senses kicking on one at a time. You might be able to see but not hear, or hear but not feel.

From your experiences, what does it feel like to be shot by a firearm?

Luckily I have never been shot, but I’ve been around a lot of people who have. Some say it burns, others don’t even notice until they are lying on their backs wondering, “What the hell just happened?” Others say that the impact is followed by an immediate numbness.

What matters more as far as lethality is concerned: the caliber of the firearm used or the part of the body injured?

A bullet isn’t an icepick in that it doesn’t just go in and make a hole. There is a ton of data on the “big caliber, big damage debate.”

Dr. Martin Fackler was a surgeon in Vietnam and is considered a subject matter expert on terminal ballistics. Basically, he said a big hole in the wrong spot is just that – A BIG HOLE, because it isn’t the hole that is causing all the damage. When a bullet hits flesh, it is bringing a bunch of energy with it. Imagine a duck swimming across the top of a pond. The wake that it leaves behind is called cavitation, or in layman’s terms a shock wave. Imagine that shockwave tearing into organs, sheering veins and tearing up muscle.

Is the “one-shot stop” a myth or is there some basis for it in reality?

A one-shot stop is all about bullet placement, primarily the area known as the cranial vault. The image on the left is a good representation (the area from the eyebrows down to the cheekbones), behind this section of skull is the medulla oblongata- a pretty important part of your frontal lobe.

A bullet to this area is instant lights out. No questions, no finger pulling the trigger and shooting your hero, or the bad guys releasing the dead man’s switch on the detonator. IT IS GAME OVER, Player 1.

Is it possible for a bullet to “bounce” or “tumble” after entering the body, or is that just a myth?

Bullets don’t bounce like a rubber ball does, but they do ricochet off of hard surfaces like concrete, brick or bone. While a rubber ball bounces all over the place until it runs out of energy a bullet ricochets at an angle. Think of a pool table with the bullet as the ball.

As for bullets tumbling, click here for the long answer. The short answer is yes, bullets begin to tumble and do other crazy things as they loose velocity.

What about secondary injuries related to gunshot wounds? For example, a character could be shot, fall to the ground and break a bone on the way down. Are those worth considering?

This is a perfect segue into scene construction and realism. Both are very often overlooked. Where you are having your gunfight is just as important as how. If you have a shootout in a mall you have to worry about where the bullets that aren’t hitting your target go.

That is one thing that kills me about TV. They show this big shootout with thousands of rounds going back and forth. The bad guys eventually go down, and the next time we see the hero he is back at the office drinking coffee. WHERE DID ALL THOSE ROUNDS GO?

You mentioned in one of our conversations elsewhere that The Accountant, a major Hollywood release, features Ben Affleck’s character walking around with a tourniquet on his leg like it’s no big deal. He even wears it during a fist fight. What was wrong with that scene, and what should writers know about tourniquets?

A tourniquet is a tool to stop a massive bleed. So obviously if your character is using one, he or she is in a pretty bad state because they have already lost a bunch of blood and are in a weakened state. If you think of your arteries and veins as a garden hose the tourniquet is the kink in the middle- no more water right? Behind that kink pressure is building.

The reason I brought up The Accountant was because of what happens when a tourniquet comes loose. Just like the kinked hose, when you release the blockage that pressure is going to find the path of least resistance, in this case the wound. Not a good thing and I hear it hurts like hell. 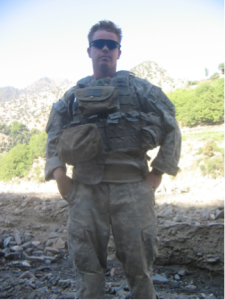 Joshua Hood is the author of Clear by Fire and Warning Order (Simon & Schuster), and a decorated combat veteran who served five years in the 82nd Airborne Division. He conducted combat missions in support of Operation Iraqi Freedom as a team leader with the 3-504 Parachute Infantry Regiment. As a squad leader, he deployed with the 1-508 Parachute Infantry Regiment in support of Operation Enduring Freedom. While in Afghanistan, he was decorated for valor in Operation Furious Pursuit, a battle that would become the subject of award-winning artist James Dietz’s portrait, Into the Heart of Darkness.

He is currently a member of a full-time SWAT team in Memphis, Tennessee, and has conducted countless stateside operations with the FBI, ATF, DEA, Secret Service and U.S. Marshals.

7 thoughts on “Your Character Has Been Shot: Now What?”