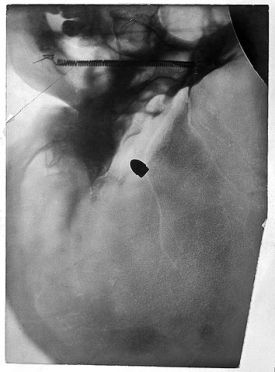 Not having been shot by a gun (thankfully), I’m a little naive in the department of gunshot injuries. However, a Facebook conversation the other day brought up the topic of characters treating gunshot wounds. Books, movies and TV shows will often depict a character “digging out the bullet” before wrapping up the wound.

This makes for great thematics, but I always doubted the practicality of digging out the bullet first. It turns out I’m right (self-high five), according to one of my favorite sources for ditch medicine, theLiving Ready Pocket Manual: First Aid (disclaimer: we publish this at my work, and you should go buy it right now).

The author, Dr. James Hubbard, MD, recommends forgetting about the bullet until the wounded person (or character, in this case) can get to a hospital for proper assessment and treatment. Instead, focus on stopping the bleeding (apply pressure/coagulant), treating the wounded for shock (keep warm with blankets) and monitoring symptoms for relaying to a real doctor.

Hubbard has this to say about “digging out the bullet” ahead of real medical treatment:

In most circumstances, you don’t want to remove an implanted bullet. It’s almost impossible to find, and it may actually be corking up a big blood vessel.

Thousands of military members live with shrapnel in their bodies every day. Unless there’s initial infection from the wound itself, the body adapts to most metal without much serious problem.

The exact thing happened to Dick Moonlight, novelist Vincent Zandri’s PI character. A shard of bullet left over from a botched suicide attempt remained in the titular character’s head, causing him to black out at inconvenient moments. It’s suggested the doctors can’t remove the shard without killing him. Moonlight may be a work of fiction, but that’s pretty close to reality.

One thought on “Should Characters “Dig Out” Bullet Injuries?”