Michael Connick returns for another terrific post, this time focusing on real-world inspirations for his characters’ weapons. Enjoy! 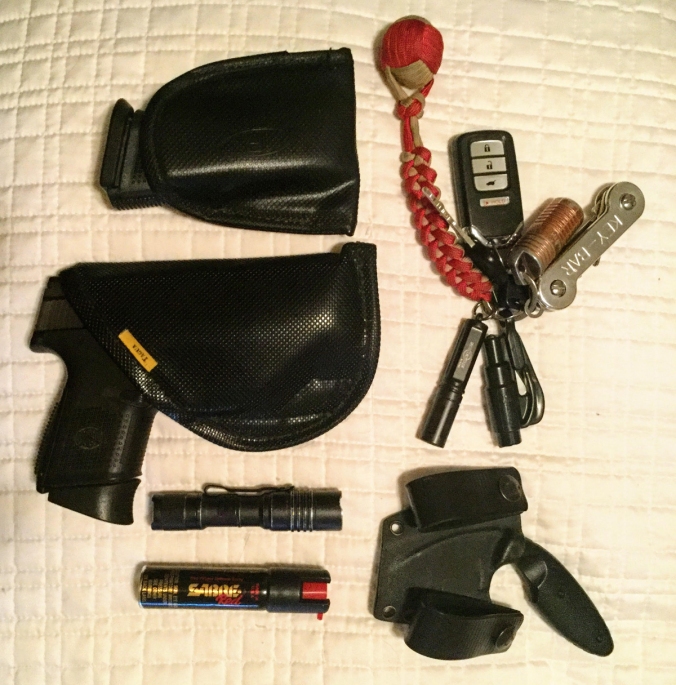 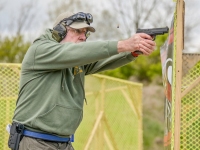 Connick’s books are available at Amazon, Barnes & Noble and all other fine book retailers. His website is MichaelConnick.com. (Image provided by the author)

Above is a picture of what I typically carry with me each day. My decision to carry these items is based on over 35 years experience with firearms and self-defense, so it’s no surprise that my fiction reflects this practice. I think it’s important to give characters a full ensemble of weapons to handle any situation.

Starting from the upper right-hand portion of the photo, and proceeding clockwise, below is a description of all the items in the picture.

So, what is the purpose of all those items?

Let There be Light

First, the lighter and flashlights are probably obvious in their usefulness. If your protagonists find themselves in a low-light environment, they will need to see their enemies. A dead battery could mean life or death to them, so a backup light is always worth carrying.

Finally, the ability to start a fire is invaluable for a multitude of possible survival situations.

It’s always important to have non-lethal weapons available to your protagonist. Not every threatening situation they may run into will require a lethal response. What about the belligerent drunk or the aggressive panhandler? They can’t just shoot them unless they are willing to risk serving significant jail time.

That’s where the pepper spray comes in. It’s a great weapon for dealing with many non-life threatening situations. It will discourage and turn back all but the most determined attackers without doing any permanent or significant harm to them.

Next, the monkey fist is an interesting weapon that can be used in both non-lethal and lethal manners. It’s wonderfully handy to have in the pocket if your protagonist is engaged in hand-to-hand combat with an attacker.

Your protagonists can reach into their pockets and use the monkey fist as a non-lethal, but very potent, weapon against an attacker’s shoulder, collar bone, or arm. It’s completely capable of breaking bones and quickly ending an attack. If used against an attacker’s head, it becomes a potentially lethal weapon, and so would only be used this way against attackers possessing a lethal weapon, such as a knife.

The handgun is used against deadly attacks coming from more than an arm’s length away. Just remember that when using this weapon some distance needs to be maintained between attacker and defender. If the attacker gets close enough to make a grab for the gun, then the fight turns into a wrestling match for the handgun, which is something to be avoided at all costs.

It’s not that hard to lose a pistol is such a wrestling match, especially if the attacker has been trained in handgun disarming techniques.

Such handgun wrestling matches are exactly where the TDI Law Enforcement Knife comes into play.

For a right-handed person, this knife would be worn concealed in its scabbard and attached to the left side of the belt, so that it could be drawn with the left hand. If a grab is made for the handgun held in the right hand, the knife is drawn with the left and used to slash at the attacker’s arm. It’s sharp enough and strong enough to cut right through muscle and tendons, making it physically impossible for the attacker to maintain a grip on the gun. The protagonist could then step back to put some distance between themselves and the attacker, and then be free to use the handgun.

It’s important to equip your protagonist with a spare handgun magazine for two reasons. The first is because the most common failures with semi-automatic handguns are caused by magazine problems. So, it’s vital to be able to drop a bad magazine out of the pistol and quickly replace it with a fresh one.

The second reason is that handgun rounds are nowhere near as lethal as rifle rounds, and if your hero has to deal with multiple lethal attackers, they are likely to need a whole lot of bullets. 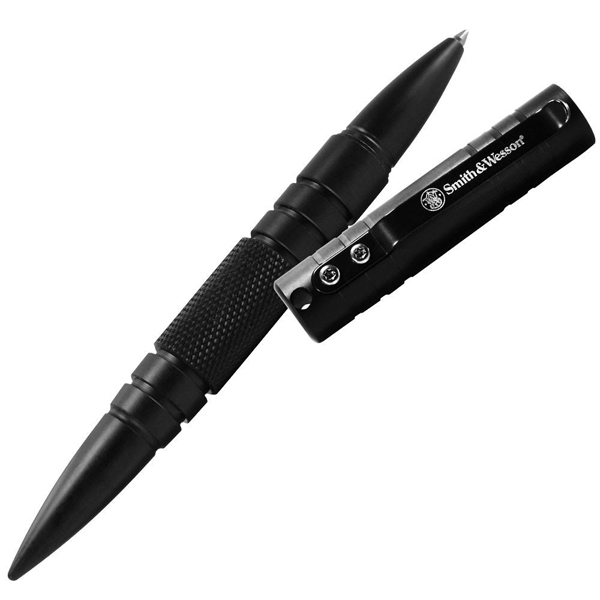 This is a non-lethal but very effective weapon that I’ve carried into many environments where weapons are not permitted. It’s simply not seen as one. I’ve carried it literally hundreds of times through TSA screening at airports and through security screenings at courthouses. 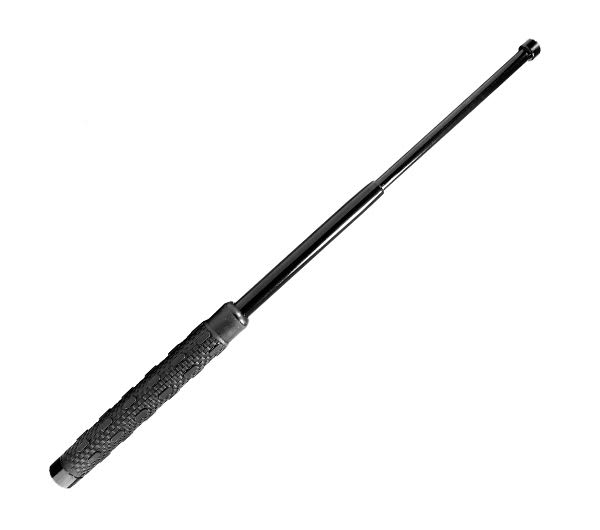 The last weapon I sometimes carry is the S&W 26-inch Collapsible Steel Baton. This is a weapon with similar uses as the monkey fist, but is more threatening in appearance and in effectiveness, especially against an attacker’s legs. It collapses down to about 10 inches in length and can be carried inside a large coat pocket.

Give Your Characters a Full Ensemble

Don’t just give your protagonist a single weapon. Fully equip them to handle all the possible dangerous situations they may encounter. 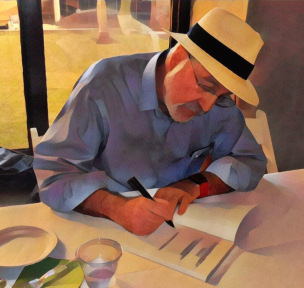 He now resides in the little college town of Huntington, West Virginia, where he writes, competes in Practical Pistol and Rifle competitions, and is very happily married to a truly wonderful wife. He is the author of two Cold War spy novels, Trapped in a Hall of Mirrors: How The Luckiest Man in the World Became a Spy and Funhouse Mirrors. More information can be found on Connick at http://michaelconnick.com.