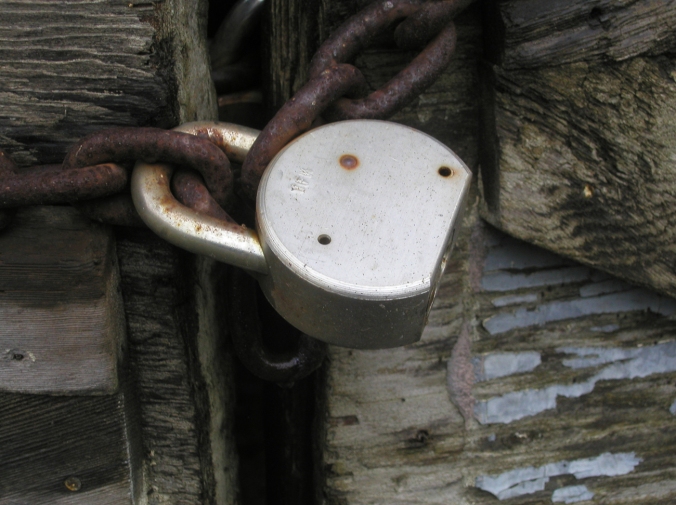 This is good time to remind you to not try anything at home. Leave the risk to professionals who are duly compensated for their poor choices. (Image by Paige Foster via sxc.hu)

TLDR: It’s possible, but it doesn’t work the way you think.

Do me a favor. The next time you get the itch to write in a scene where the character “shoots out a lock,” go grab the firearm you keep in a hidden safe in the wall and a big, fat rock. Stand as close as you can to the rock, then aim at it and pull the trigger. (Or don’t. Please don’t.)

Does this sound like a good idea to you? Does the risk of catching a mouthful of shrapnel or a ricocheted bullet for no good reason sound appealing? Congratulations. You have excellent health insurance.

The rest of us plebs would probably pass, but that’s exactly what you’re putting your characters through when you use the “shooting out the locks” trope. Your characters may be fictional, but they deserve better.

Why “Shooting the Lock Out” is a Bad Idea 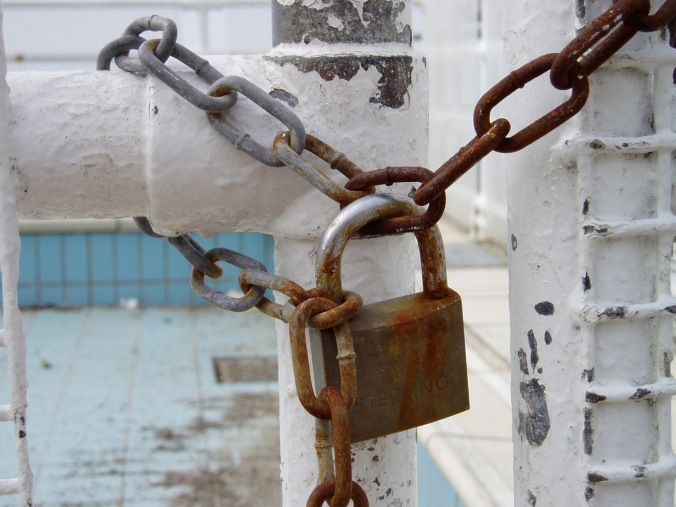 Hope you have your tetanus shot. (Image by Cerys Robinson via sxc.hu)

“Shooting out the lock” is one of the most common tropes in movies and books. I doubt it originated from anyone familiar with what happens when a metal projectile traveling hundreds or thousands of feet per second collides with a solid piece of metal like a lock. Firearms and ammunition are not magical. They don’t double as lock picks or keys. They are bound by the same laws of physics that govern everything from your toaster to the moon.

That means “shooting out the lock” will likely result in the following:

And that’s just with padlocks. The bulleted list goes double if the lock is inside the door itself, which is a lot more common to run into than a rusty padlock. Let’s not forget digital locks, either. 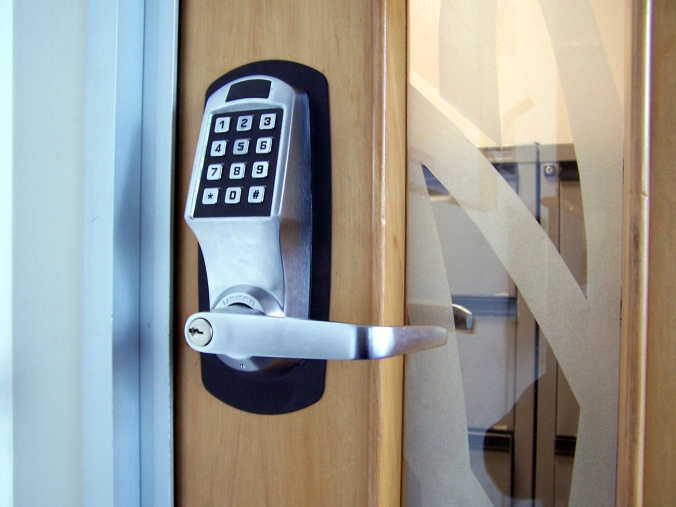 MacGyver could do it. (Image by melodi2 via sxc.hu)

That doesn’t mean a character is completely out of luck. Shotguns and large caliber rifles could do the trick, especially if the character takes a few steps back. Handguns, though, are out. The oomph of a .44 magnum or .50 caliber pistol might get it done, but I would still avoid it.

This video is worth watching all the way through. The shooter (not me) experiments with a variety of firearms. Only a couple prove successful.

Now that you know what not to do, here are some alternatives.

Alternative: Shoot Around the Lock

Rather than unloading on one of the most solid parts of the door, why not go for a softer target? The character could shoot around the lock, go for the hinges, blow through glass in or near the door, or blast the door itself to start a hole.

Alternative: Beat the Lock into Submission

The character could strike that old, rusty padlock with a firearm until it breaks. The stock of a shotgun or rifle is ideal.

If the character isn’t in a hurry, picking a padlock isn’t all that difficult. Here’s an example of someone popping a padlock with a soda can.

Wrenches work, too, on smaller padlocks.

Those electronic locks can be overcome with a credit card (with the caveat that the housing moves as the handle is jiggled).

A butter knife or other flexible piece of metal works in a similar way. The character can use the knife like a shim to “pop” the lock.

And, of course, there’s the banana trick.

There exists shotgun ammunition designed specifically for taking out door locks and hinges called “breaching shotshells.” These fire a cup of metal powder that breaks apart upon impact to reduce shrapnel and the chance for ricochet. (In gun talk, this means the projectile is “frangible.”)

Alternative: Get Creative Instead of Relying on a Trope

Don’t look at me. You’re the writer here.

7 thoughts on “Is It Possible to Shoot Out a Lock with a Gun?”