Many knives fit the criteria for a “survival knife,” but I went with the ESEE-5 for one of my projects. (ESEE photo)

TLDR: Forget the bells and whistles. Fixed blade knives built for durability and practicality are the best for getting a character out of a pinch.

On the surface, a “survival knife” might seem to be any blade within arm’s reach that saves a character’s carcass from certain defeat. But if you’re a regular reader of this blog, you know things are never as simple as that. There’s plenty to consider when assigning a character one of these resilient brutes. I even had to gut-check myself with one of my most recent releases, Chase Baker & the Vikings’ Secret.

A Brief History of Survival Knives 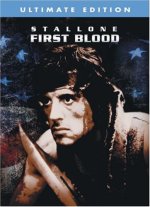 There’s a reason the knife made the cover. (Image via Amazon)

Survival knives, as a practical matter, have been around since humans started making tools. A person’s survival depended on that knife, and things haven’t changed much since. (Yes, your dinner still depends on one, even if you hire out the grunt work via the grocery store.)

As a distinct category of knife design, survival knives began in earnest in the 1980s with the popularity of the First Blood movie. That’s a whole other story, but know that from that point onward, survival knives were defined by these characteristics:

Survival knives aren’t supposed to look pretty. They’re to take abuse, smile and keep going. The steel materials used in the blade usually keep that in mind, but unless you’re interested in metallurgy, that’s not entirely important for writing fiction. If it matches the above, it’s a survival knife.

(Pro tip: For more detail on survival knives, pick up a copy of The Writer’s Guide to Weapons: A Practical Reference for Using Firearms and Knives in Fiction).

What are Survival Knives Used For?

When it comes time to actually use the knife, I like survival instructor Creek Stewart’s rundown from this Living Ready article:

Don’t confuse versatility with complexity. The best survival knives are often the simplest ones. They’re the no-frills tools of the knife world. Maybe the best way to put that into perspective is with an example. 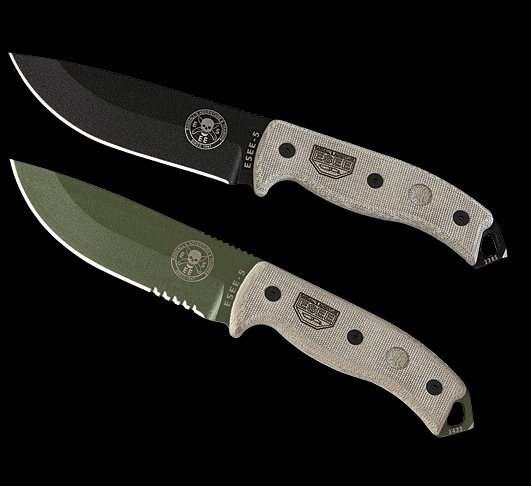 Simpler is better when it comes to survival knives. (ESEE image) 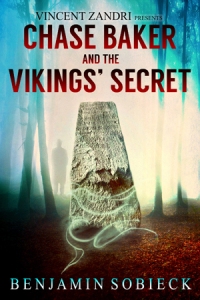 Now available at all fine e-book retailers, as well as the not-so-fine ones.

When Vincent Zandri asked me to write a few installments for his Chase Baker adventure novel series, I couldn’t say no. I’d been a fan of his for some time, and the Chase Baker universe is pure fun. Each installment combines the occult mysteries of a Dan Brown novel with the ass-denting action of a Rambo flick.

My first contribution, Chase Baker & the Vikings’ Secret, has the titular character in pursuit of evidence that the Chinese explored the Americas long before Columbus. The geopolitical implications of such a find set the stakes sky high. It’s a helluva fun read that you should pick up right now from Amazon.

Chase finds himself in a desolate part of Minnesota, trapped at the bottom of a huge crater called The Pit. That means he must build a shelter, light a fire, find water, wrangle dinner, dig up an ancient artifact, treat his injured comrades, escape The Pit and fight off gun-toting baddies with nothing but a knife. How does he pull it off? You’ll have to get a copy to find out.

I admit, I went a little hard on Chase, but his time in the military helps him out. So does the knife selection.

I assigned him an ESEE-5, part of a line of excellent survival knives. I’m familiar with the knife through my time at BLADE magazine, but this video review sums it up as well as I could.

For you spec junkies, here’s the technical info. The ESEE-5 is on the beefier side, but Chase needed something that wasn’t going to fail (i.e. break or bend) no matter what.

Many knives sport similar features to the ESEE-5. Why did I pick this one? Well, Keith Richards, cockroaches and this knife will still be around after the Apocalypse.

I know it came from a reputable knife company specializing in outdoor survival, it’s in the right price range for a freelance adventurer like Chase (around $140), there’s a Micarta handle for a better grip, there’s a sturdy skull crusher on the pommel (i.e. that little piece of metal sticking out of the bottom of the handle), the 1095 steel on the blade is easy to sharpen even with rudimentary methods (although it will rust, which requires some maintenance) and I know it can actually handle the demands of the story given its hefty weight.

What sorts of demands? To keep up with Chase, the knife must be able to take a grenade on the nose in the morning, get shot a few times in the afternoon and still leave for a trip around the world in the evening. I think I nailed it, if I do say so myself.

Unlike other types, such as switchblades, survival knives are only limited (usually) by legal restrictions on blade length. Because the sheaths they rest in are sometimes concealed when worn, laws may have something to say about hidden weapons.

Speaking of which, don’t forget to think about how the character will wear the sheath. Chase just keeps his on his belt. No need to overthink this.

Check Out a Survival Knife in Action (in Fiction)

Hey now, I’m not ashamed to mention this again, because I’m proud of the way this turned out. Chase Baker & the Vikings’ Secret is out now, and it covers every nook and cranny when it comes to survival knives.

Other than kidnapping you in the night, throwing you in a trunk, driving you to a remote location, tossing you into a ditch and leaving you with nothing but a fixed blade, there’s no better way to learn about survival knives on this side of the legal system.

Click here to get Chase Baker & the Vikings’ Secret.

4 thoughts on “Characteristics of a Good Survival Knife”