The following is excerpted from my book, The Writer’s Guide to Weapons: A Practical Reference for Using Firearms and Knives in Fiction. It’s an abbreviated version of the list of “golden tips” (but not golden rules, because that’s just asking for it) found in the book. 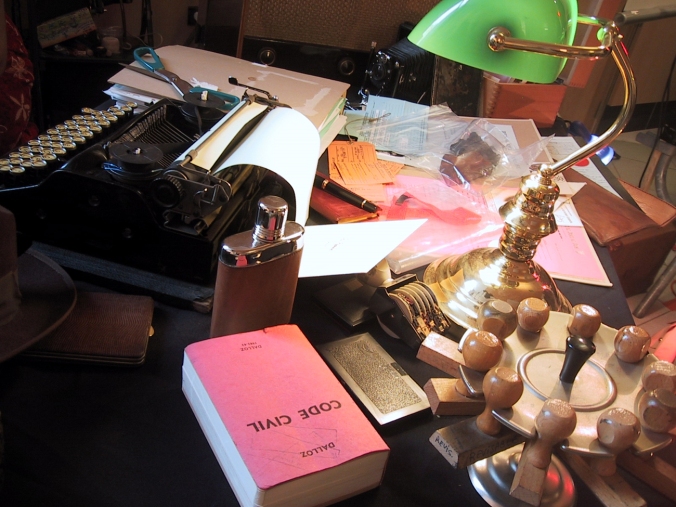 Guns and knives don’t need to be complicated. Stay as generic as possible unless you can back up anything further with research. (Image by Olivier Bourgeois via sxc.hu)

Figure out what you need to know more about, see how it works, throw it into the story and be done with it. Unless you’re tapping your inner technical writer, just shoot for accurately depicting the weapons in your story. “Maynard shot the revolver” is just as accurate as “Maynard thumbed back the hammer on the single-action Ruger revolver, anticipating the shot as the cylinder wheeled a fresh chamber into place.”

Google images of firearms and knives. Pick a couple that look cool to you. Are they capable of doing what you want them to do? Do they fit the genre, time period, and style of your story?

It’s not always possible to get your mitts on a certain firearm or knife. Fortunately, you can join the vibrant community of reviewers on YouTube for a real-world perspective. Watch their videos on weapons and how they work, and use that information as a base for further research.

4) If It’s in a Movie or on Television, It’s Probably Inaccurate

No one would take legal advice from TV police procedurals. A person (hopefully) wouldn’t attempt surgery after watching a medical drama. It’s the same with firearms and knives in movies and television. Hollywood takes a truckload of creative license, but real firearms and knives must be grounded within the realms of physics, technology, and history.

5) Buy a Knife or Hit the Gun Range

The Kershaw Leek is one of my favorite assisted opening knives in the real world. It has all of the advantages of a switchblade with none (or few, depending on where you live) of the legal restrictions. Plus, it’s classy enough that you won’t look like you’re about to hold up a gas station when you go to use it. (Kershaw photo)

Knives are relatively easy to buy. What could be better for writing than having a character’s knife in your hand? Firearms are a different story, but hitting the gun range is a great place to start. Some ranges even offer gun rentals, ear/eye protection and instructors. All you need to do is show up.

6) Stuck? Write Around the Weapon

The old writer’s trick of maneuvering around challenging grammar and sentence structure also applies to weapons. If you can’t determine the exact firearm or knife a character should be outfitted with, avoid it by going generic. Just use “knife,” “pistol,” “revolver,” “rifle,” “shotgun” and the like.

For you kids too young to know what a newspaper is, it’s the thing with the crossword your grandparents argue about every Sunday. (Image by Katia Grimmer-Laversanne via sxc.hu)

There’s no better (or worse) example of how humans use firearms and knives on each other than the crime report. It’s fertile ground for fiction. For example, you could source a weapon for a character based on a real murder. Sure, it’s morbid, but it grounds the item’s use in reality.

8) Bad Guys Can Get Just About Anything

Oh, stock photos, you never fail to impress. Good to know the guy with the gun is still playing it safe by keeping his finger off the trigger WHILE AIMING AT SOMEONE HE’S STICKING UP. *face palm* (Image by Glauco Aio via sxc.hu)

The illegal trade of firearms and knives means a criminal can use a firearm manufactured in the Czech Republic to knock off a Chicago liquor store if he has the right connections. Don’t feel limited when outfitting a “bad guy” with unusual firearms and knives. Unlike the legal market, the back alley offers plenty of variety.

9) But Some Characters Can’t

A soldier’s gear must meet certain standards. Lunch, however, does not. (Image by Michal Zacharzewski via sxc.hu)

Professional law enforcement and military organizations have good reasons to standardize their firearms and knives. Firearm selection, especially in the military, is determined through rigorous testing. Ammunition is often purchased in bulk. Certain knives might not physically mesh well with other gear. Tossing some obscure firearm or knife into these characters’ hands doesn’t always make sense. They will require more research to get right. The same goes for everyday, law-abiding civilian characters. Research federal, state, and local laws so they’re not walking around with something ridiculously illegal.

10) Someone Will Say You’re Wrong, Even if You’re Right

“Hello, I have a list of mistakes in your novel I’d like to review with you.” (Image by Tracy Scott-Murray via sxc.hu)

Put three readers keen on firearms and knives in a room together, and then ask them for an opinion. The only thing two of them will agree on is that the third is wrong. So if an armchair general, a mall ninja, or an everyday Internet troll starts complaining about the inaccuracy of the well-researched Walther .380 pistol you featured in your story, just wait. Someone else will come along to rip that guy’s argument apart. Unless you totally biffed on something, stick to your proverbial guns and ignore the knuckle-draggers trying to ruin your day.

6 thoughts on “10 Golden Tips for Writing Weapons in Fiction”